Look who's coming for lunch...April 5th

"Brick by Brick, He Fights the Inner-city Blues"

But then they'll be coming to the cafe for the lunchtime meeting of 'Transform Indiana', starting at 11:30am. Everyone is welcome.

The Tibbels are having great impact in Baltimore's inner-city, and serve as one of the fine examples of the Christian Community Development Association (CCDA).

So come be with us for lunch next Tuesday (April 5th).
Posted by IndyChristian at 7:30 AM No comments:

Some more of our friends of the cafe are in the news... Chris & Mary Provence. Most of you would recognize Chris from our morning Bible Study, and as an active participant in CCDA Indy 2005.

"Chris Provence moved to the poverty-stricken neighborhood for convenient access to drugs. Now, he stays there to share the freedom he gained from drug addiction in 1998. But he's not preaching on street corners in the neighborhood around 24th and Guilford near the Monon Trail. He and his wife, Mary, are helping their neighbors buy homes." [continued at IndyStar.com]

[This article is about the church that Sister Elease attends!]

"New Life, a predominantly black church, has reached a deal to buy the Northwestside facilities of Traders Point Christian Church, a predominantly white church that's moving to a site in Boone County."

"It's a win-win situation for the kingdom."

"The deal announced recently is making this a special Easter season for both congregations. But the shuffling will cost a lot of money for both churches."

[continue at IndyStar.com]
Posted by IndyChristian at 9:30 AM No comments:

Too cute. [continue at Superhua's blog]
Posted by IndyChristian at 6:50 AM No comments:

Over the years, working in various ministry capacities, I have wondered why Churches, ministries, faith groups and outreach initiatives do not unite. As a whole, we as the collective body of Christ tend to do our own things in our own buildings in our own little spaces and claimed geographical territories with little connection with our brothers and sisters locally, nationally or internationally. It seems that every new Church, ministry or faith based group that pops up recreates the wheel, by duplicating outreach initiatives and resources, all acting as if there are none of these resources already available in their communities and that their particular ministry is didactically unique and singular in relation to the outside world.


for the rest of the story: http://mcconnect.blogspot.com/

Missionary Connection has just began a ministry initiative that takes the Church to the shut in or shut out. A bus is being converted into a Church on wheels providing physical and spiritual help in our streets and our communities! The bus will also be used as a traveling school of various educational offerings. If you or your Church would like to use the bus or other resources,please contact Missionary Connection: becki5789@msn.com.

Living Bread to the World:

Missionary Connection provides baked goods: bread,treats, unleavened bread and many other items at a low cost to raise money for community programs. If you would like to help,please contact: becki5789@msn.com or support The Unleavened Bread Cafe at 30th and Central with your patronage. Ask about Living Bread to the World through Missionary Connection baked goods.

Save your cans,lend a helping hand!

Missionary Connection is particiapting inan on-going program of saving your aluminum cans to help local community programs. We will pick up. If you or your business would like to participate,please call: 317-471-0156 or e-mail: becki5789@msn.com.

"Brick by Brick, He Fights the Inner-city Blues"

The Tibbels are coming to Indy for the specially combined sessions of 'Faith Community Forum' and 'Transform Indiana'.

[continue]
Posted by IndyChristian at 8:40 AM No comments:

I love the folks at the cafe. All of 'em. And now that we're a little bit underway with the "U.B. Bloggin'" computer-training program, maybe it's time to add a new available training-item to the program, for those who might want it...

After all, so far, we tell folks that we can train 'em in 3 weeks on the 3 important aspects of the internet...

And it's fun, especially if you love people. Our trained friends will tell you what we always say... "It's not WHAT ya know that's as important as WHO ya know."... because if you know the right kind of people, they can help you learn anything you want to learn. [And the cafe has the 'right' kind of people!]

So people that love ya and want to help you learn computer skills will tell you... these 3 skills above are the most important ones on the internet.

But important as those are, there's nothing more important than the 4th module...

But it's like surfin', emailin' and bloggin' -- what's important is... that you want to do it, and you're willing to learn the RIGHT way.

Bill Gates doesn't ask your opinion about how to surf.... because opinions may be interesting, but the only thing that counts is... are you doin' it the right way. Right?

Same with heaven. Opinions are interesting, but the only thing that counts is... Are you doin' it the right way? And the 'right way' of course, has to be GOD's way.

Thankfully, He loves us way more than Bill Gates loves us. And He's provided a way that's way simpler than surfin', emailin' or bloggin'.

He loves us so much that He humbled Himself came down to earth 2000 years ago and lived as one of us. And even though He was perfect, He allowed Himself to be cruelly tortured and crucified... as a sacrifice, to pay the penalty for our sins. And He rose again from the grave and was seen by over 500 people... to demonstrate His power and authority.

And several of those who saw Him do miracles, saw Him die on the cross, and even saw Him after rising from the dead.... they wrote about Him... and died at the hands of folks who hated Jesus... rather than 'give in' about what they had seen and known to be true.

Do you know anyone who willingly died instead of telling the truth? I don't. But many of the writers of the New Testament did just exactly that. [And some of the Old Testament writers, as well.]

So these friends of Jesus.... Did they record what Jesus said about how 'U.B. Goin'??? Yep. Lots.

Take John for instance -- one of Jesus' closest friends. Look what he said about why he went to the trouble of writing down what he observed:

"Jesus did many other miraculous signs in the presence of his disciples, which are not recorded in this book. But these are written that you may believe that Jesus is the Christ, the Son of God, and that by believing you may have life in his name. "

And of course it was John who wrote down Jesus' words that are famous throughout the world:

John 3:16... "For God so loved the world that he gave his one and only son, that whoever believes [trusts] in him shall not perish, but will have eternal life." [clarification added]

Actually, if you want to read John's book about Jesus, you can even do it online. It's pretty short. Read it for yourself. Learn what Jesus said about "U.B.Goin'" (or U.NOT.B.Goin').

Posted by IndyChristian at 7:55 AM No comments:

We had a great CCDA Indy 2005 planning meeting/breakfast at the cafe yesterday. They've decided to meet the first Friday of every month, at the cafe (8am).

This is the local group associated with the national organization... "Christian Community Development Association". Our local 'host committee' is preparing for the national convention coming to Indy this November. Lots to do. Come join us at the cafe when we meet April 1st.
Posted by IndyChristian at 7:40 AM No comments:

Too funny! Gizoogle attempts to translate any website into an ebonics version. Here, try a sample search for IndyChristian.com.

With the growing controversy about the TNIV changing the meaning of the scriptures, this was a timely piece of comic relief.

[But beware -- it doesn't always come out pretty! Cover your ears & eyes at times.]

[hat-tip, Pastor Tim Bayly]
Posted by IndyChristian at 10:21 AM No comments:

Some of our new bloggers have asked... "How do I add pictures to my posts?"

Unfortunately, at the moment Blogger.com doesn't support (easy) picture posting in our blogs. [Give 'em time -- no doubt in the future they'll facilitate picture posting too.]

Good luck. If you have trouble -- come see us any Saturday morning at the cafe (10am til noon)

And don't forget, Orangejack Blogging University is always there to help. 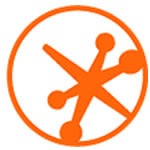 They've got a great section on photo-blogging. Give it a try.

Posted by IndyChristian at 7:11 AM No comments: